“The world is getting more connected through technology and travel. Cuisines are evolving. Some people are scared of globalization, but I think people will always take pride in cultural heritage.”
– John Mackey

Time has come again to pleasantly remember the high times I had and valuable acquaintances I made during my second Heritage Instameet Bucharest tour, dedicated to the valuable industrial patrimony, which marks the one year anniversary of Cronicari Digitali and the wonderful subject of another Royal Endeavors exclusive episode.

I am very grateful for having been present at the celebration of this important milestone in the project’s development, dedicated to the awareness and promotion of national patrimony, while exploring and expanding my horizons in regards to what used to be the pride and glory of Romania’s science and industry.

Cronicari Digitali is an educational platform which facilitates the meeting point of millennial digital presence with Romania’s high-esteemed values and traditions, a project which is supported by the National Institute for Heritage and developed by Zaga Brand agency.
Its purpose is to promote cultural patrimony through digital storytelling and the involvement of community. All generations are welcomed to get involved and to become ambassadors of the movement, through sharing their own enlightened vision and stories.

The experts, part of X Generation, do the telling, while the millennials migrate the national cultural identity to the online realms, through a language that can reach us all, with viral engagement, directly on their feed and wall.

The tangible patrimony can be touched, felt and photographed. The intangible patrimony can delight the sight and tickle the thoughts. The natural patrimony is abundantly rich in thousands of colors and musical notes. Patrimony is all around us at the glimpse of an eye and always part of our lives, by being a confession and an expression of values, faith and traditions, independently of who owns them.

Cronicari Digitali is responsible for more than 6 Heritage Instameet tours and several Heritage Trips around Romania covering more than 10 thousands kilometers and over 100 patrimony attractions discovered through the guided tours.
Last time they counted, prior to the industrial Heritage Instameet, their hashtag marked over 8 thousand pictures. I would say these aspects and winning 5 national awards are a tremendous accomplishment for their first year of proudly serving the community through making heritage go viral.

“Let us save what remains: not by vaults and locks which fence them from the public eye and use in consigning them to the waste of time, but by such a multiplication of copies, as shall place them beyond the reach of accident.”
– Thomas Jefferson

The Industrial Heritage Instameet event took place on the 27th of July in Bucharest, on a lovely Saturday afternoon, by marking the exploration of the following heritage objectives:

🔭 Astronomical Institute of the Romanian Academy

“Man must rise above the Earth—to the top of the atmosphere and beyond—for only thus will he fully understand the world in which he lives.”
– Socrates

While I was aware patrimony does not solely revolve around eclectic architecture, imposing buildings and distinguished tapestries, during this peculiar tour I discovered its industrial dimension, which is representative for the identity, history and development of a nation, but conceited to the eyes of the urban explorer, with a twist of decaying intimacy.

The enchanting discovery journey was initiated starting from The Astronomical Institute of the Romanian Academy, located in Carol Park, whose construction was finalized in 1908 at the initiative of Spiru Haret, in a style inspired by the Belgium Observatory.
It’s surprising some of the instruments pertaining to the Observatory are still functional, while the researchers of the Romanian Academy are warmly sharing insights in mathematics and astronomy with wit, charm and dedication rarely seen in our professional endeavors.
It is no wonder many outstanding Romanian personalities, such as King Carol I, have crossed the threshold of this heritage objective over the years, now openly embracing the curious minds of the millennial youth.

This is the place where people would rather look up to the sky to gain knowledge and insight of space, rather than space out in the dream land, but according to them, it is just as magical as we think. The telescope of the Astronomical Institute has been employed in many international missions, while capturing photographs of dwarf planet Pluto in 1930, the ninth-largest and tenth-most-massive known object directly orbiting the Sun, enabling NASA to study it through the information provided by the Institute.

“The union is the only political state which can secure our future and allow us to give the country the organization it was expecting for such a long time.”
– Alexandru Ioan Cuza

Part of the Astronomical Observatory ensemble in Bucharest, Bosianu Villa is sited in a very rich area of Bucharest in heritage terms. The Neo-Gothic style treasure pertained to Constantin Bosianu, the first dean of the Law School in Bucharest – it was designed by architect Luigi Lipizer and built between 1853 and 1859.
It appears this house had secretly enabled the Union of Romanian Principalities of Moldavia and Wallachia Act from 1859, while safely hosting Alexandru I. Cuza prior to the 24th of January elections.
Bosianu Villa now hosts the impressive library of The Astronomical Institute of the Romanian Academy, the most extended astronomy library in Romania. 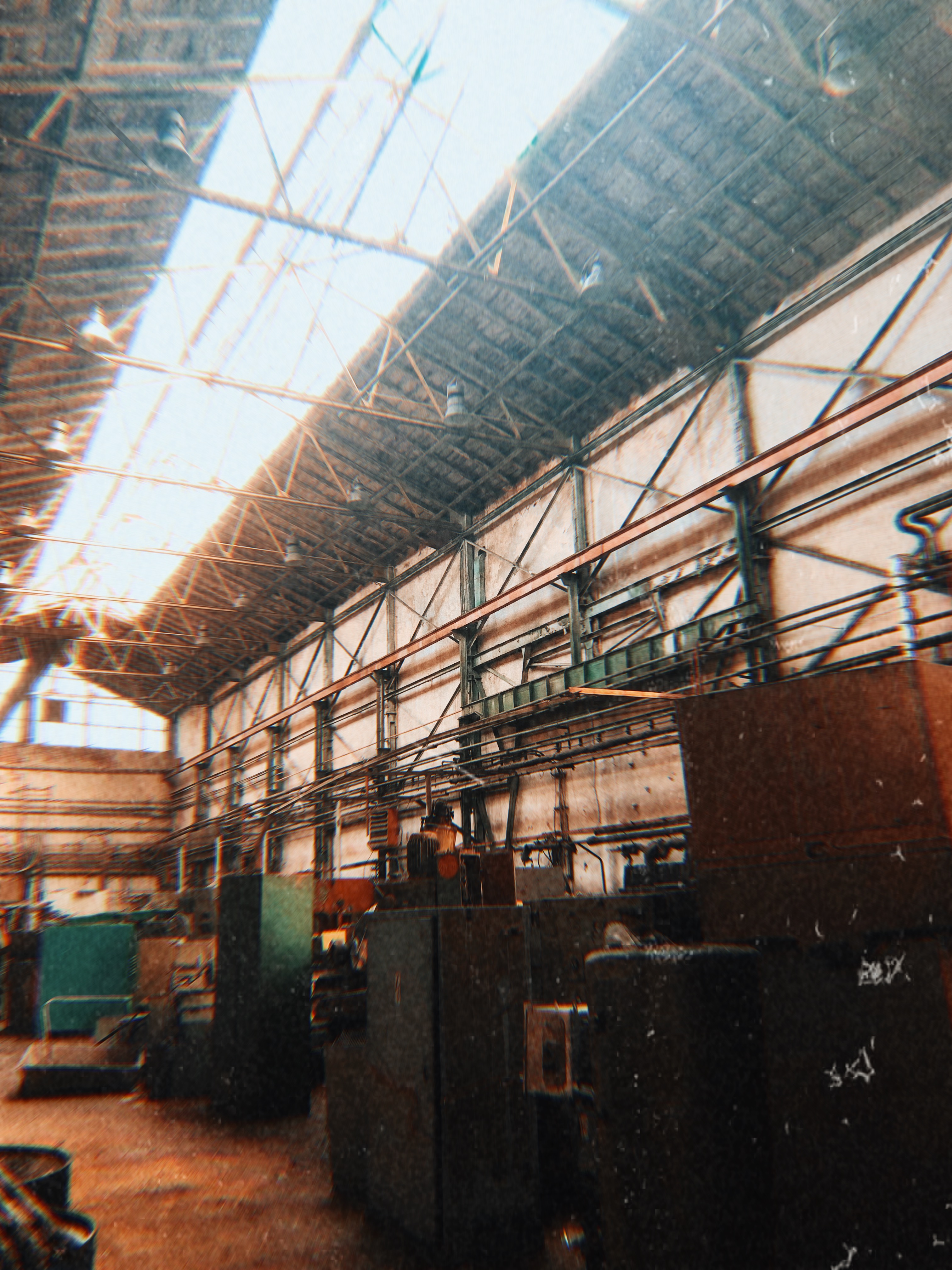 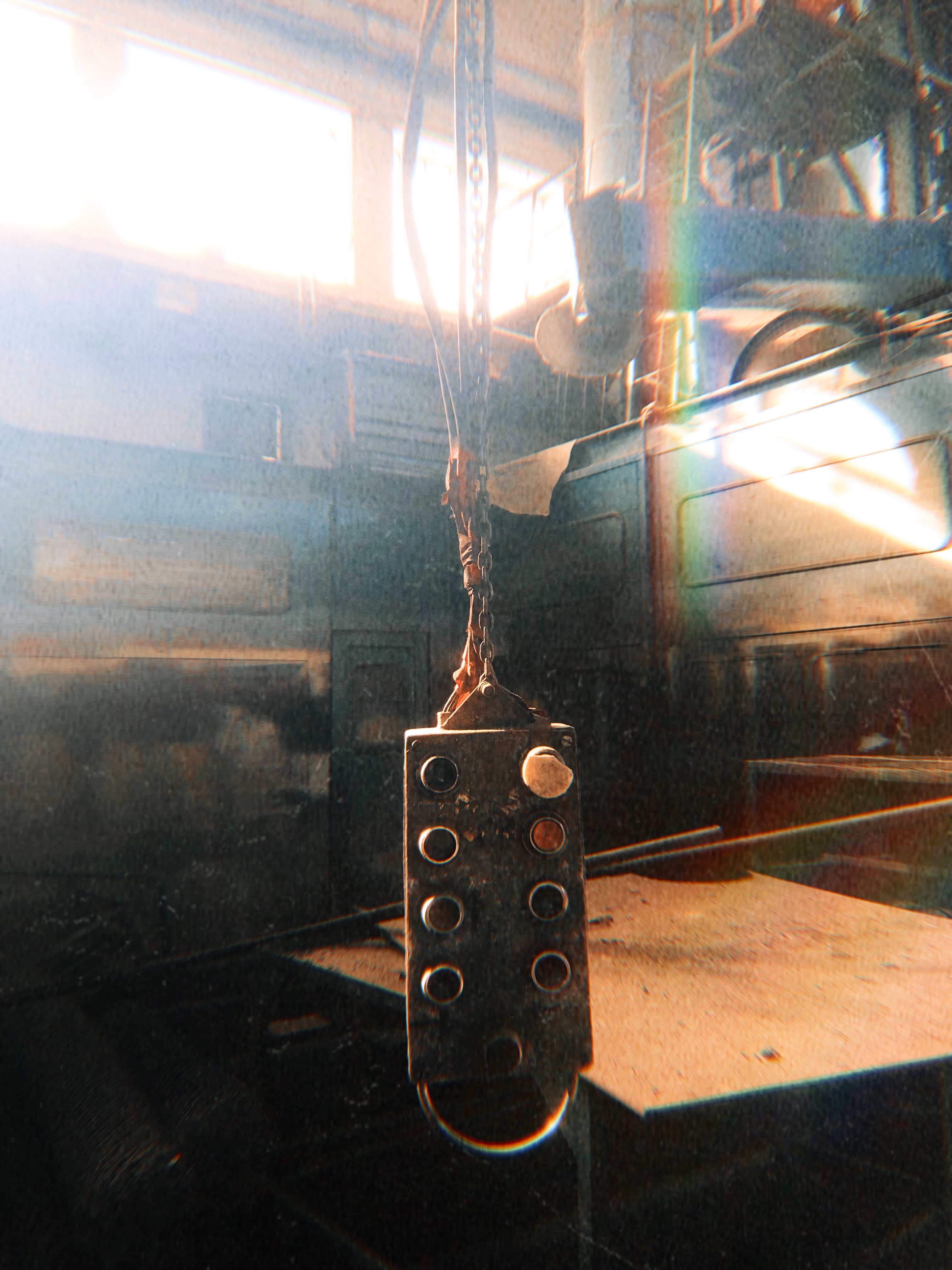 “It has shown me that everything is illuminated in the light of the past. It is always along the side of us…on the inside, looking out.”
– Jonathan Safran Foer

Filaret Power Plant is the first in Bucharest, constructed between 1907 and 1908, in a remarkable style outlined by the highly decorative facade of apparent brick. The plant had been in service until 1970. Its halls succeed to impress the visitors with their outstanding dimension, acoustics and play of lights casting shadows through the stained windows touched by the hands of time. 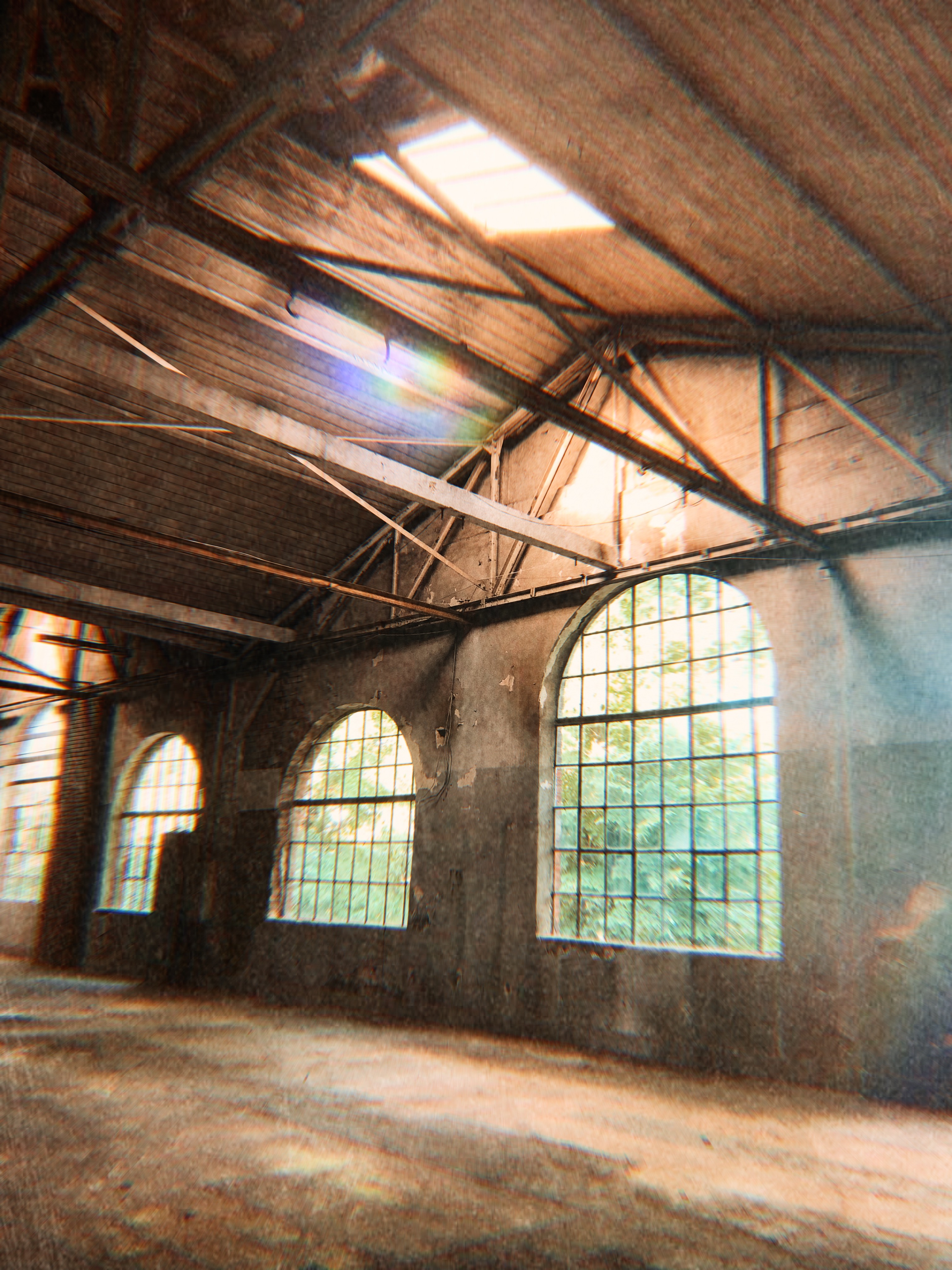 “If you use a philosophy education well, you can get your foot in the door of any industry you please. Industries are like the blossoms on a tree while philosophy is the trunk – it holds the tree together, but it often goes unnoticed.”
– Criss Jami

The first factory on the Filaret Hill was constructed in 1887, at the initiative of Swiss engineer Erhardt Wolff, with the purpose of providing materials for the army, thus becoming the first provider of the War Ministry, during the Second World War. Its maximum employment rates reached 990 employees between wars.
The abandoned factory looks so desolated, the visitors appear to be stepping into another dimension when time stopped all of a sudden and everything froze in an instant – tools, machinery, materials, protection wear, all preserved by a generous layer of oil and vaseline, as if all activity had ended at the single press of a button. 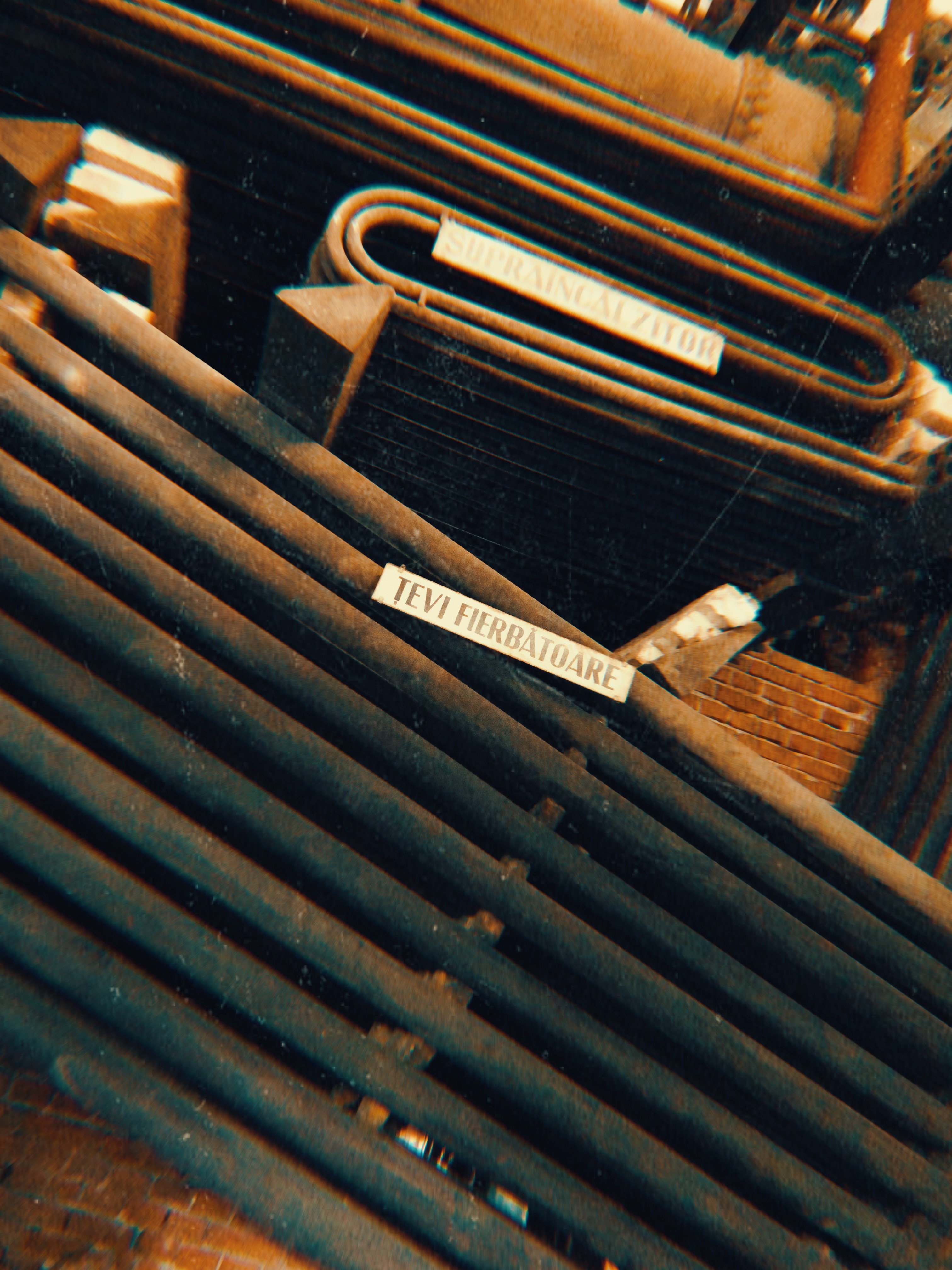 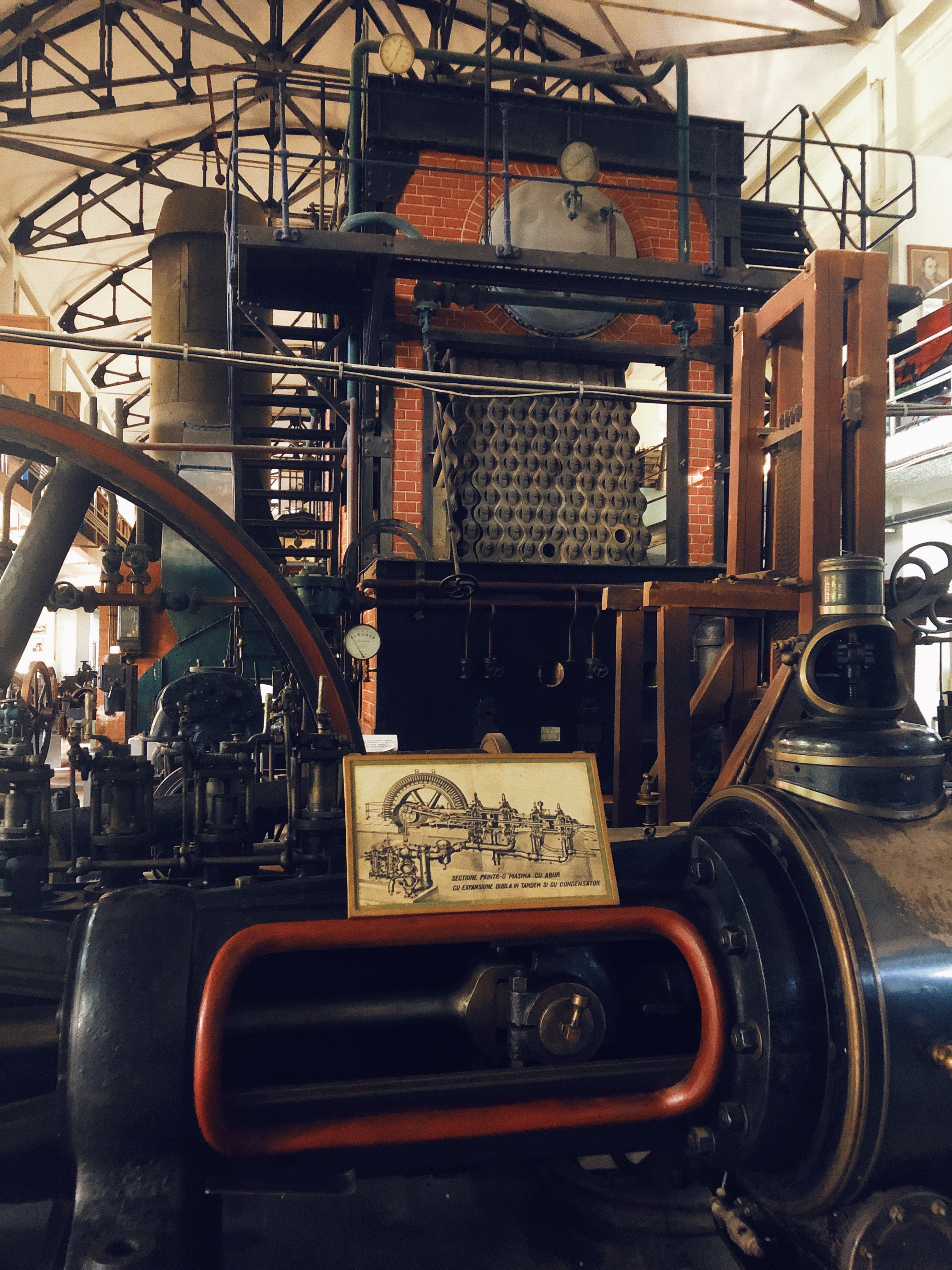 “You never change things by fighting the existing reality.
To change something, build a new model that makes the existing model obsolete.”
– Buckminster Fuller

Dimitrie Leonida Technical Museum is the first, the largest and most important technical museum of Romania, founded in 1909 following the example of the Museum of Transport in Berlin, hosting over 44.000 objects pertaining to professor Leonida and many other exhibits on a wide variety of areas of interest: mechanics, electricity and magnetism, atomic physics, steam engines, telecommunications, computers and printing machines, aviation sand aerospatial engineering, hydraulic engineering, cinema, industrial machines, steel industry, including the mechanism developed by Eugen Iordachescu to relocate buildings in the 80s.

The future plans for the museum outline the intention to move it to Carol Electrical Plan in order for the exhibits to be more into the spotlight.
The 1924 Cadillac featured in the impressive collection can compete with any other car museum in Europe.

The remarkable discovery tour of the national industrial emblems of Bucharest had ended gracefully in the garden of the Astronomical Institute of the Romanian Academy, the perfect setting to allow relaxation after an intense afternoon in July. I am glad I did not allow the tiredness of the previous day party to distract me from pursuing this royal endeavor of discovering untouched ground, accompanied by wonderful people sharing the same interests.

I hope you had a pleasant read – see you very soon with a surprising Royal Endeavors episode dedicated to my hometown, Craiova. It was about time to embark on a mission to discover the fortune and glory of this notorious and controversial city in the south.
You will be totally blown off your feet by the remarkable buildings we found.

Keep in touch!
Yours Truly – The One and Only,
Queen P 💜 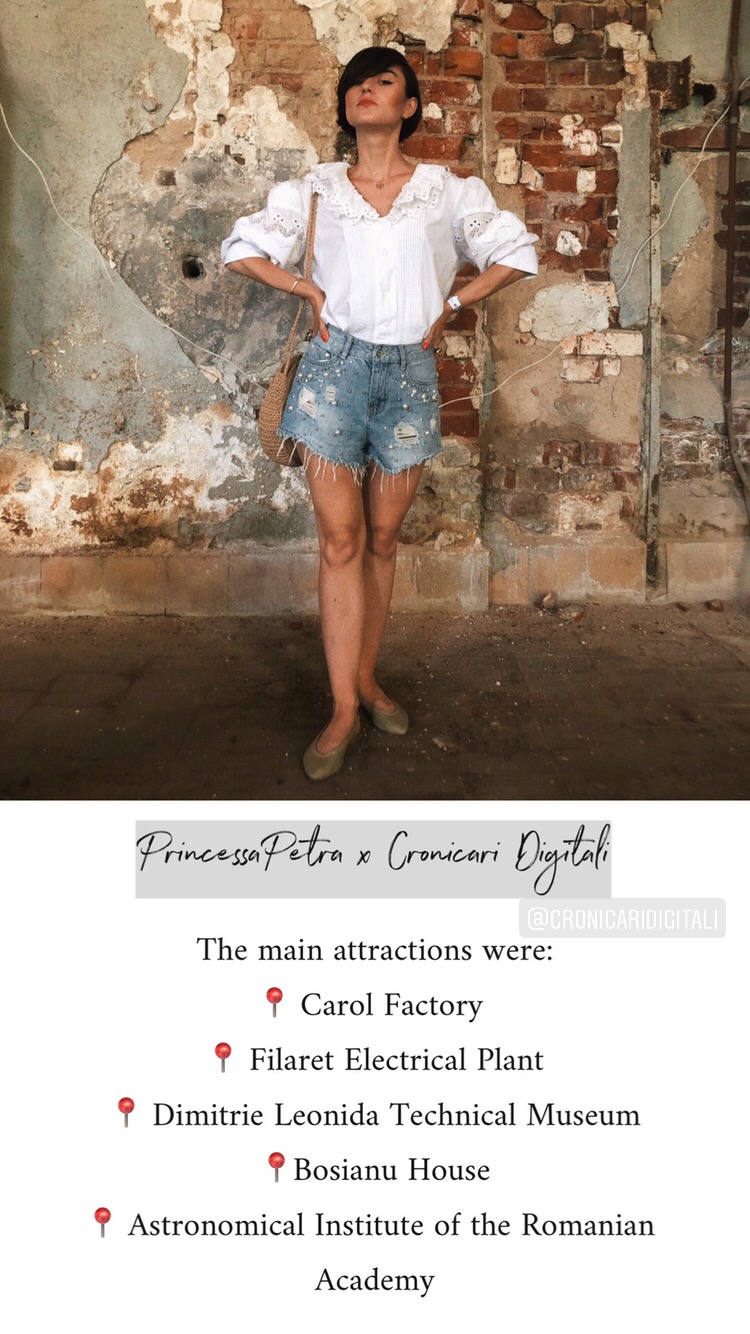