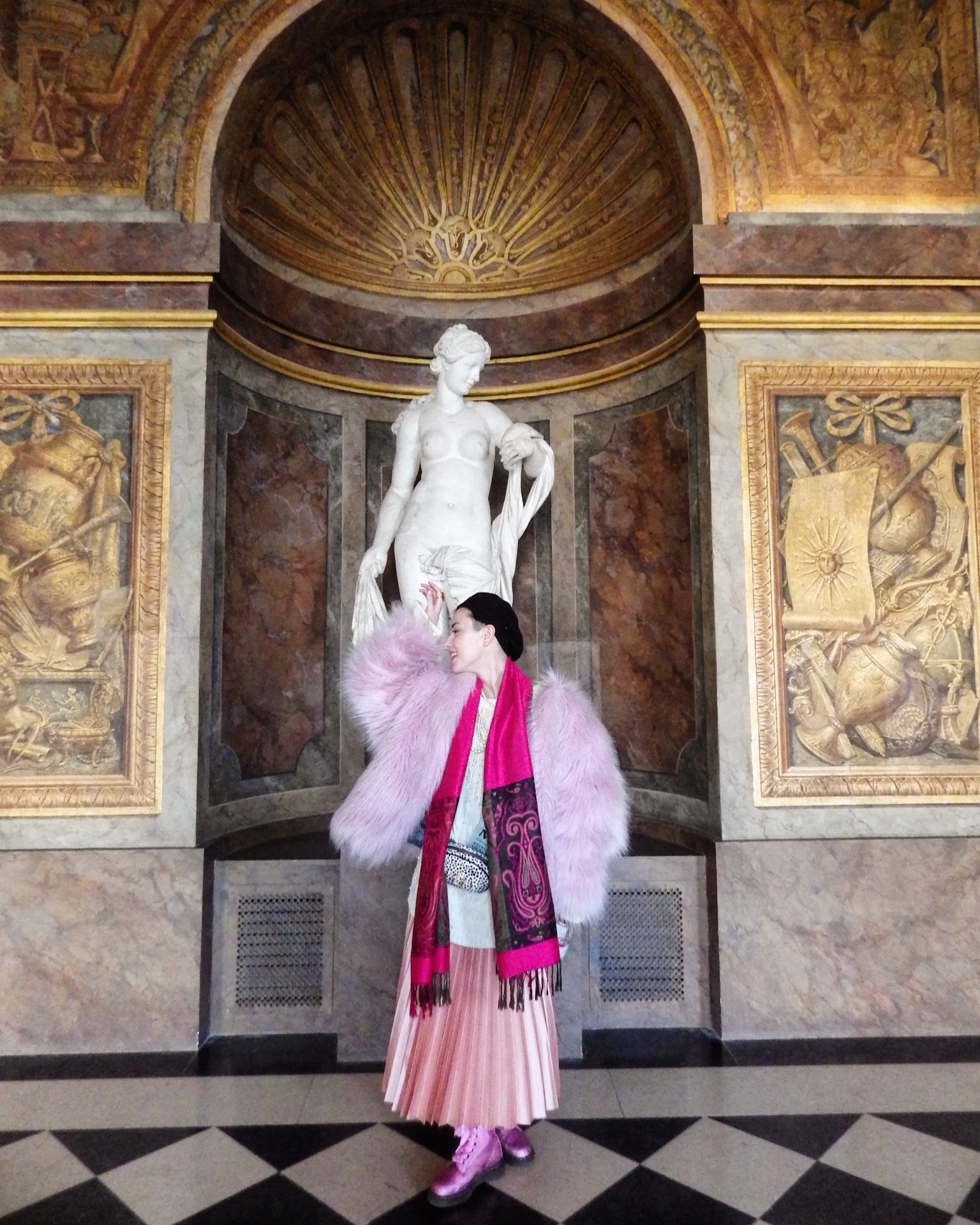 “When a Frenchman reads of the garden of Eden, I do not doubt but he concludes it was something approaching to that of Versailles, with clipped hedges, berceaus, and trellis work.”
– Horace Walpole

As much as you would like to go on and on and on about so many exquisite locations to visit around the world, the highlight of them all in regards to decadent opulence and gold is the fabulous Palais de Versailles, Château or whatever you want to name it – the crown jewel of France – Heaven on Earth. Dripping with gilt and marble, the colossal palace was the singular vision of Louis XIV, the almighty Sun King, whose lavish, lusty lifestyle mirrored his global ambition for France in the 17th century. It is one of the most distinguished palaces that enchanted my thirst for Beauty, Myth and Glory with an impressive story to tell – claimed and acclaimed an UNESCO World Heritage Site (1979) –  a place of legend and lore which will never cease to impress millions of tourists yearly with its pompous and luxurious style. All that glitters is gold.

“To the public imagination, Versailles is the epitome of opulence,” said Louise Boisen Schmidt, a Denmark-based writer at This is Versailles. “It represents an age in French history of both France’s rise as a fashion and power center as well as the dramatic — and bloody — decline of the monarchy.”

The young Dauphin – the future Louis XIII – came to Versailles for his first hunting trip on 24 August 1607. He discovered a forest and meadows with plenty of game, which also pleased his father, Henry IV. In late 1623 the king, crowned in 1610, decided to build a small hunting lodge on the location surrounded by woods that were noisy with pheasants, boars and stags, where he could stay the night and which he first used in June 1624. According to the Maréchal de Bassompierre, “a mere gentleman would not have been overly proud of the construction.”

Louis XIII decided to rebuild it in 1631. Construction continued until 1634 and laid the basis of the Palace we know today. The history of Versailles is inextricably linked with the figure of Louis XIV, who developed a genuine liking for Versailles and decided to extend it beyond the Château that had grown out of the hunting lodge of brick and stone first built by his father. The King took on the role of architect himself, and built a masterpiece with which he would forever be associated.

Château de Versailles is one of the most extravagant buildings in the whole world.
The monarch recruited the finest craftsmen of the day for this Pharaonic project: transforming his father’s simple hunting lodge into a party pad to house the 6,000-person royal court. The numbers are dizzying: 700 rooms, 27 acres of roof, 67 staircases. It took 30,000 workers some 50 years to complete the palace, which was the seat of Royal Power until it was overrun by mobs during the French Revolution.

Following the death of Louis XIV in September 1715, Versailles entered a long period of neglect. It was not until 15 June 1722 that, at his own request, the young Louis XV returned to Versailles. His first concern was to complete the work of his great-grandfather, but he also set out to create more intimate and private spaces in which to perfect his knowledge.

Born in Versailles like his grandfather, Louis XVI became king before the age of twenty. The celebration of his marriage to the Archduchess of Austria Marie-Antoinette in 1770 at the Royal Opera House was one of the greatest events to take place in Versailles in the late 18th century. He was very fond of his wife and in 1774 he offered her the Petit Trianon, built by Louis XV for Mme de Pompadour and first lived in by Mme du Barry, and Marie-Antoinette made it her private domain.

Near the Grand Trianon, Marie Antoinette, the queen of Louis XVI, created an estate for herself. She took over a building called the “Petit Trianon” and built a number of structures, including a working farm (also called the “hamlet”), which provided the palace with fresh produce, and a nearby house and small theater. Marie-Antoinette attempted to create a version of French country village life within Versailles. You can see this at the Hameau de la Reine at Le Petit Trianon, where there’s a very lucky group of cows, chickens, pigs, goats, and donkeys who have never known anything else but a royal lifestyle.

She also built a “Temple of Love,” which modern-day curators say can be seen from her room in the Petit Trianon. It features a dome propped up by nearly a dozen columns covering a statue, which shows a depiction of “Cupid cutting his bow from the club of Hercules,” Bajou writes. Additionally, she built the charming “grotto,” a cave that had a moss bed for Marie Antoinette to lie on. It had two entrances, prompting much speculation as to what went on in it.

Her marriage bed was open to the public because producing an heir to the throne was key to the continuation of the monarchy. She gave birth before a live studio audience of over 200 people. Her overall life was a public affair, including her beheading by Guillotine at the Place De La Concorde, Paris in 1792.

At the outbreak of the French Revolution, the exquisite collection of paintings, and some of the masterpieces of art kept at Versailles were moved to the Louvre Museum. Some of the other art and craft items were sent to National Library and Conservatory of Arts and Crafts. Far from having been pillaged by a rampant mob as might be imagined, the Palace of Versailles came through the period of the French Revolution relatively unscathed.

It was not until the accession to the throne of Louis-Philippe as “King of the French” in 1830 that Versailles was really brought back to life. By deciding in 1833 to create a museum “dedicated to all the glories of France”, the monarch sought to reforge a bond among the French people. Containing over 60,000 works – primarily sculptures and paintings dating from the 16th through to the 19th centuries – the collections of the Palace of Versailles span a very broad period, offering a chronological overview of the history of France from the Middle Ages up to the late 19th century. The collections reflect the dual identity of the Palace, as both a palace occupied by the kings of France and the royal court, and later a museum “dedicated to the glories of France,” inaugurated by Louis-Philippe in 1837.

Versailles was built to impress. “The most important message Louis XIV sent through the architecture of Versailles was his ultimate power,” said Tea Gudek Snajdar, an Amsterdam-based art historian, museum docent and a blogger at Culture Tourist. “He is an absolute monarch, untouchable and distant. But, even more then that, he is the Sun King. That symbolism of the Sun King is very visible in the architecture of the Versailles. The painter Lebrun, who designed the iconographic program of the Palace, focused paintings, sculptures and the architecture to one goal only — celebrating the King.”

One of the most famous rooms is the Hall of Mirrors. It has 17 huge mirrored arches opposite 17 windows. Each one of the arch contains 21 mirrors, which makes it a massive 357 in all. The ceilings of the hall have intricate paintings and the borders of the wall are decorated with gilded statues. On special occasions, the Hall of Mirrors was lit with as many as 20,000 candles to transform it into a “corridor of light”.

The Grand Apartments of the king and queen, built for Louis XIV by Le Vau in the 1670s. The King’s Apartments – or Grands Appartements du Roi – are a succession of salons dedicated to the Gods and planets, used for court functions.
The opulent Queen’s Apartments include the private rooms and the golden queen’s bedchamber, whose hidden door was used by Marie-Antoinette to escape the Paris mob during the early days of the Revolution.

Many of the court’s events like the birth of princes and princesses, weddings, and military victories, were celebrated in the Royal Chapel, during the 18th century. This includes the wedding of Louis XVI of France with Marie-Antoinette. Today, the chapel serves as a venue for musical concerts.

The marvel of the gardens of Versailles – then as now – is the fountains. It has 50 spectacular fountains with 620 jets, which were installed to entertain the guests. A lot of these fountains still use the same hydraulics network, which was built by the Royal Family. King Louis XIV spent one third of the total building budget of the palace, on its fountains alone.

The golden gate of the Palace of Versailles has been replaced in 2008. These gates were destroyed by the common people during the French revolution. Replicas of the 80-metre steel gate decorated with 100,000 gold leaves were made with help of private donors contributed 5 million euros (8 million dollars).

Actual building costs for Versailles are debated by modern historians, because currency values are uncertain. However, Versailles’ price tag ranges anywhere from two billion dollars (in 1994 USD) all the way up to a maximum cost of $299,520,000,000! 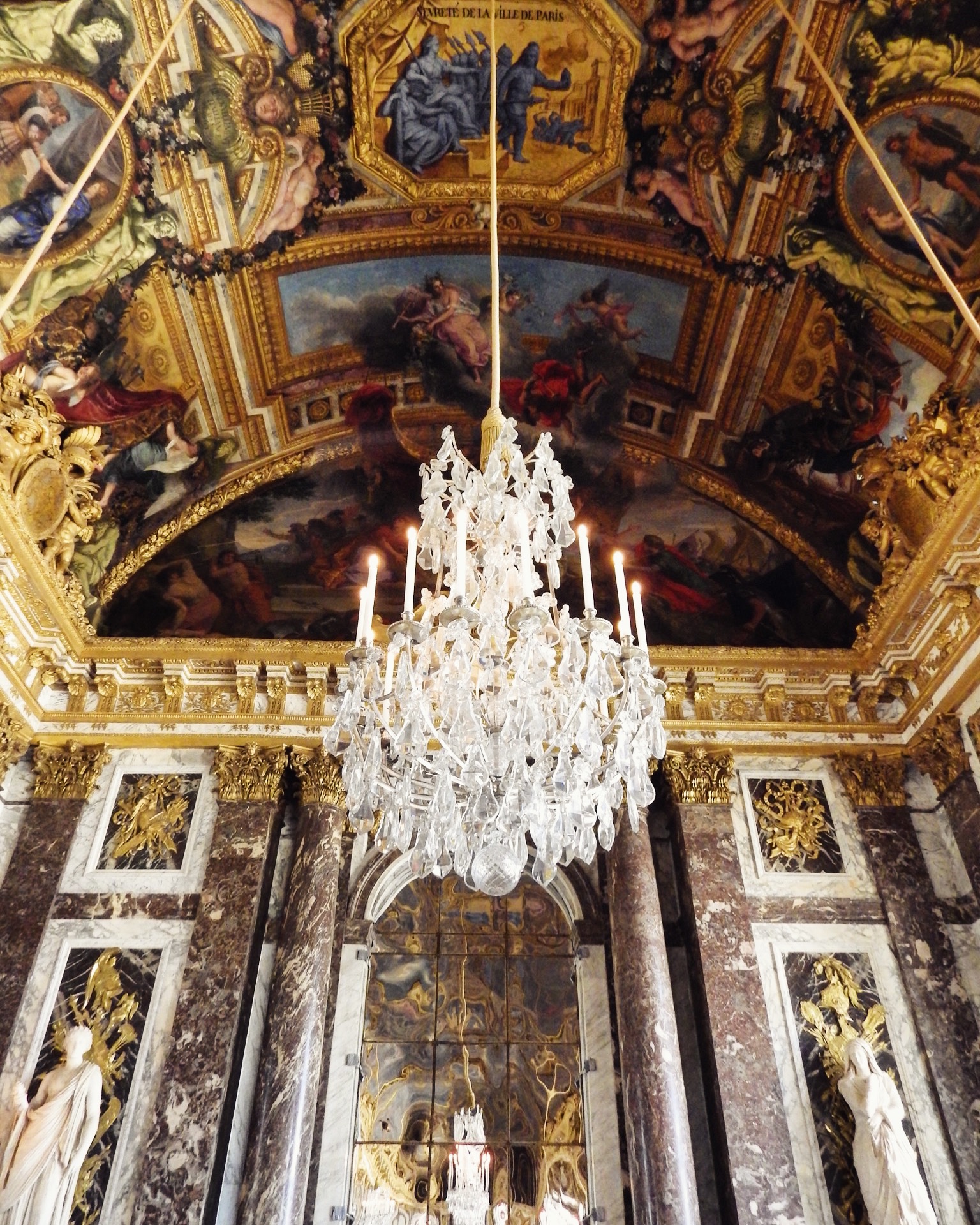 All materials used in building and decorating Versailles were made in France.

At the time Venice had a monopoly on making mirrors so Venetian artisans were lured to France. The Venetians then ordered the assassination of the mirror makers for giving their secrets away.

Everything Louis XIV did – including waking up – was turned into a ceremony, which the public would attend in reverence.
It seems that Louis XIV was a ‘man of the people’. The Palace of Versailles was accessible by members of the public who would grace the palace for royal audience as well as a stroll.

These practices were symbols of Louis XIV’s moniker of Sun King. “His court was seen as microcosms of the universe and the king is the sun that shines over everything. Each action he would took (having a meal, strolling through the garden) became symbolic metaphor for his divine presence,” explained Gudek Snajdar. “The ‘Escalier des Ambassadeurs’ was the first and the most important Baroque ceremonial staircase. The interaction between the visitor and the king could be directed here in the most careful fashion.”

Some art historians now call the style of the Louvre and Versailles “French classicism.” They possess somewhat different features than Italian baroque architecture, including the emphasis on symbols of power and timeless domination. Other types of baroque architecture featured symbolic art, but not necessarily with the emphasis on divine right, kingly power and timeless rule.

Everything in the Versailles of Louis XIV had a symbolic meaning,” said Schmidt. “The ceilings are adorned with illustrations of Roman gods with Louis XIV himself painted as Apollo, the Sun God. Throughout the palace you will find the intertwined L’s of his name. It all serves as a constant reminder that he is the king and all power comes from him by the grace of God.”

The king had his throne in the “Apollo Salon ” and worshiped in a royal chapel, which spanned two stories, which Bajou notes was built between 1699 and 1710.

There were more than 200 servants in the Palace of Versailles to serve the King of France. Some of the servants had the job of emptying the royal chamber pot (toilet).

Even the chamber pots were made of silver, although in 1689 these were melted down to finance Louis XIV’s war against Britain and other European nations.

Due to the distance between the kitchen and the dining room and even though the kitchens of the palace alone had hundreds of servants, the King’s meals were often served cold.

Today, Versailles is one of the most-visited sites in France. Visitors are drawn to its architectural grandeur, the stunning water features (concerts are often played in the gardens during the summer) and its sense of history. 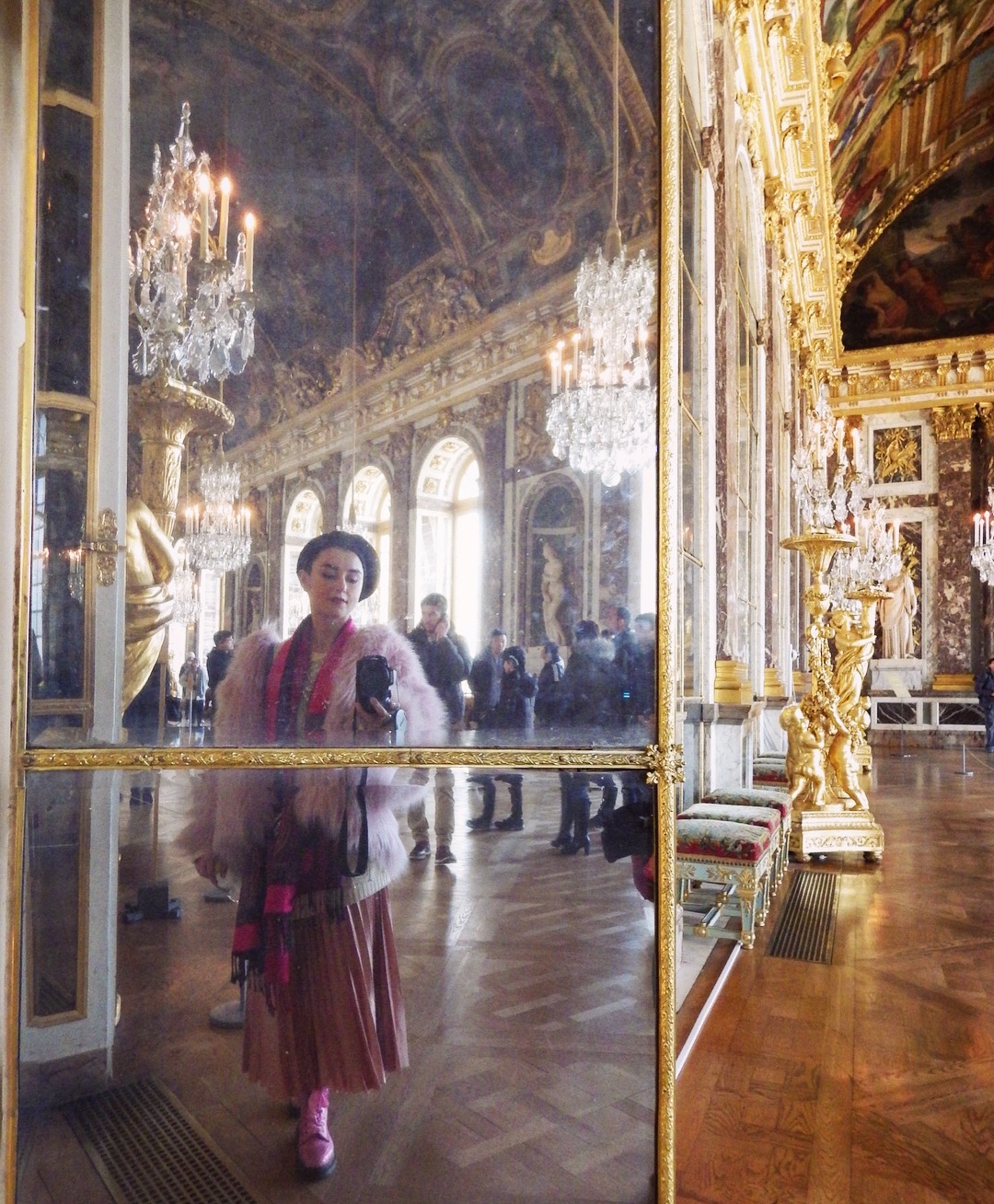 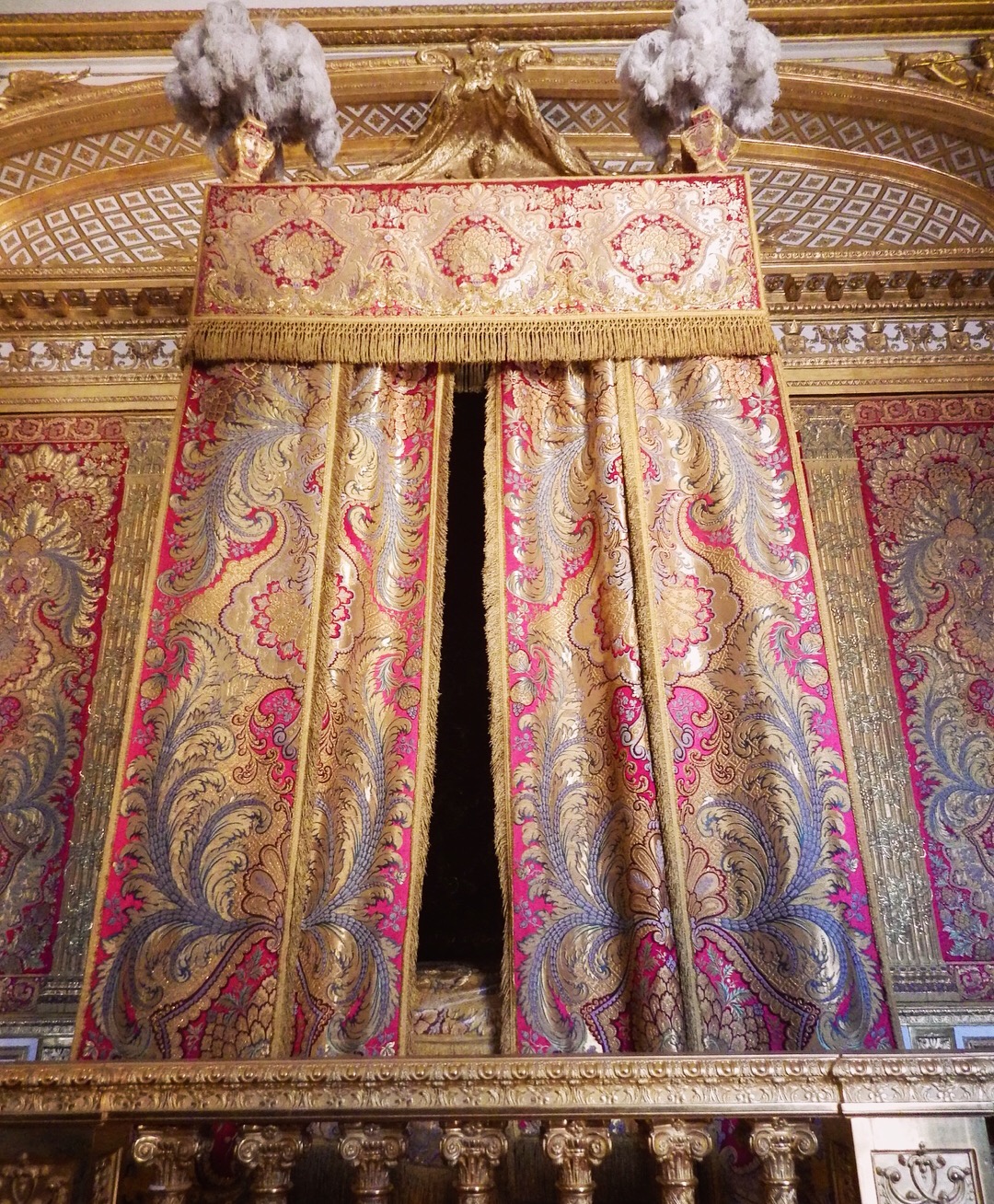 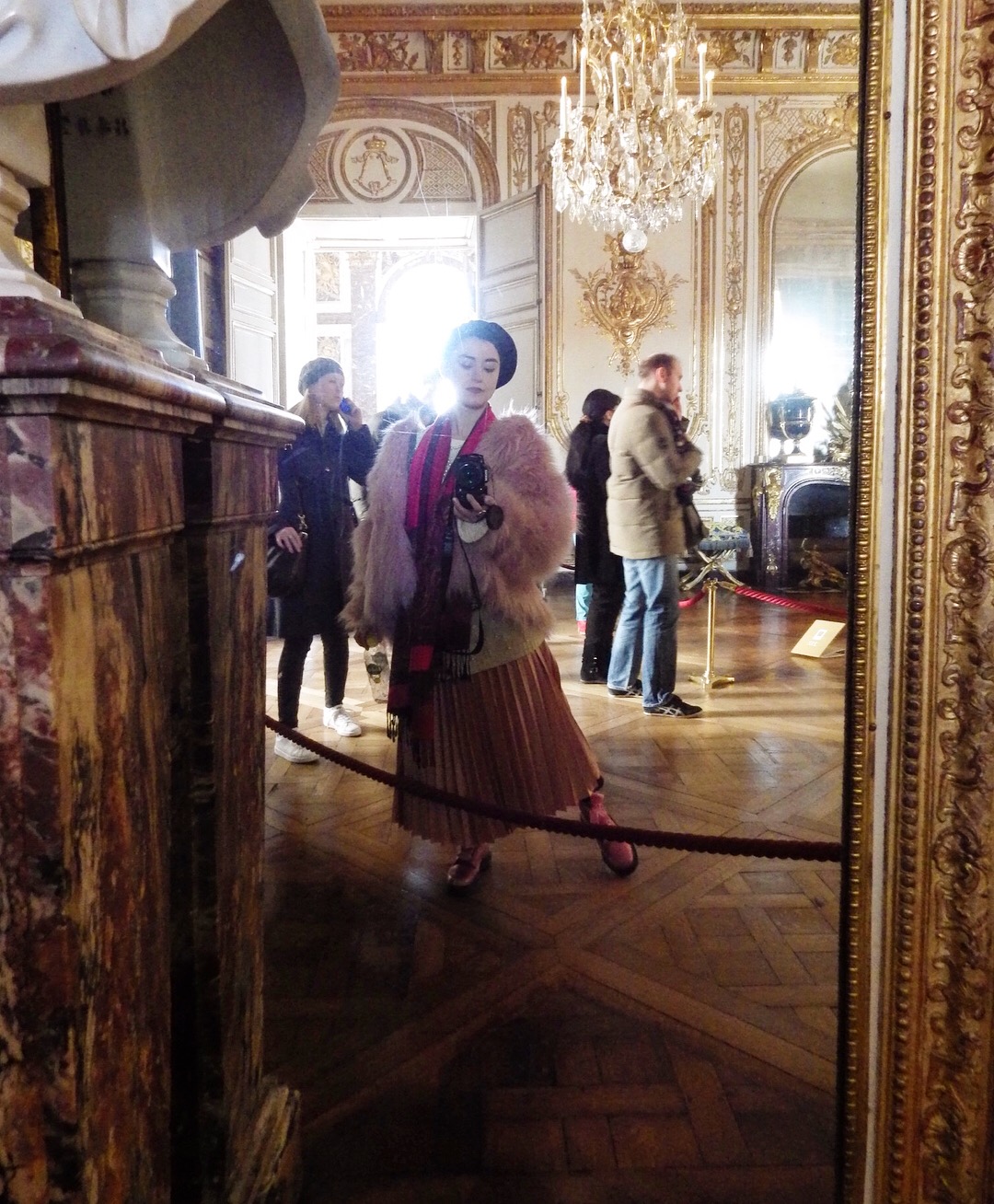 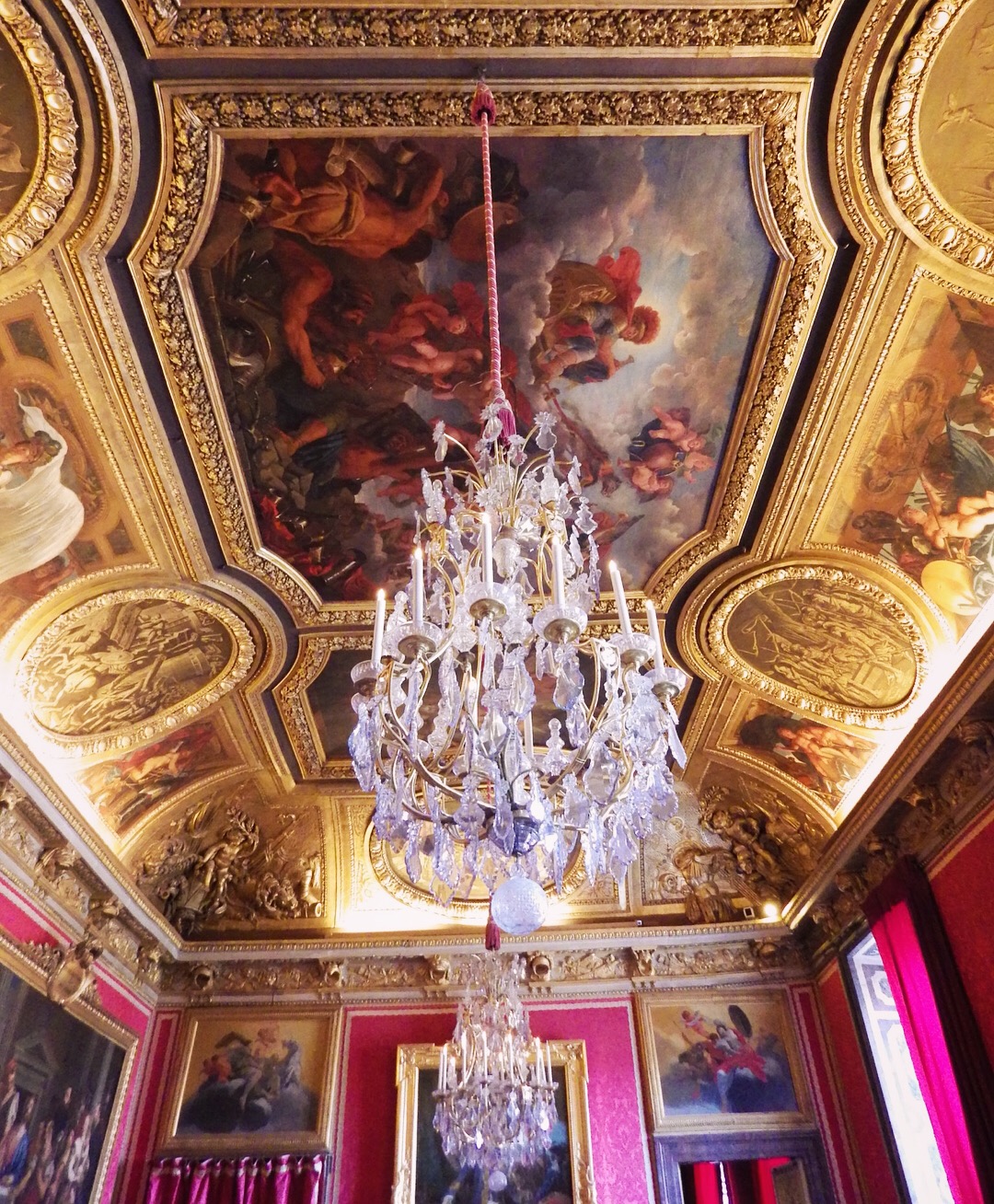 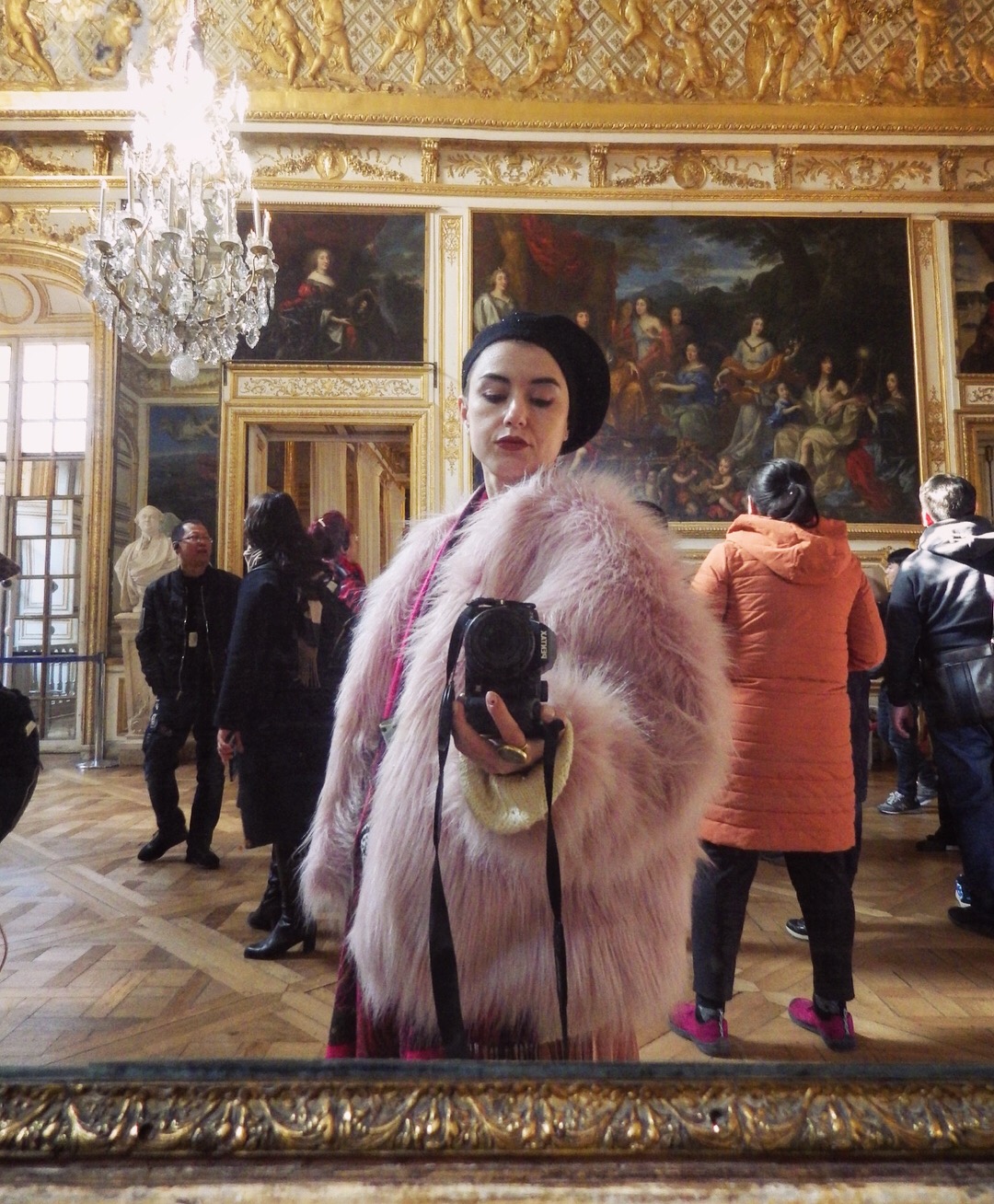 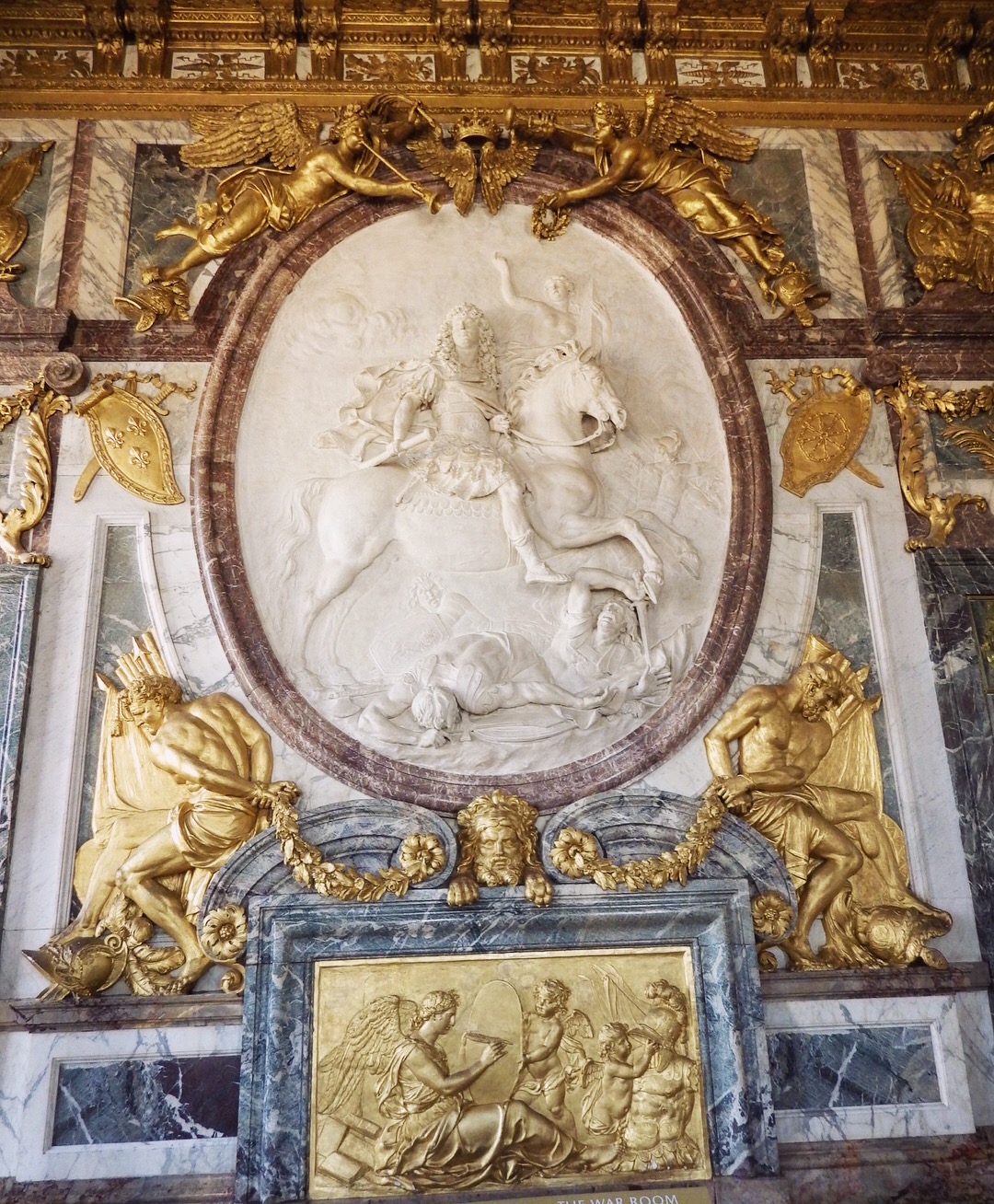